We create your holidays

Those who come to San Vito, do it mainly for its sea and its beach, almost three kilometers of golden sand, beautiful to envy the most renowned paradises of the southern seas. Arriving in the village from the only access road, you can see the sea even before crossing the first houses.

You will enjoy every comfort; all accommodations consist of a double bedroom, a bathroom with shower, a sleeping area with sofa bed and a living room with open kitchen!

We will be happy to offer you all our hospitality to help you organize your wonderful holidays!

The apartments are fully furnished; they are located a few steps from the beach and from wonderful pubs and restaurants. You will only be spoiled for choice, you just have to book to spend wonderful holidays.

Keep in touch for any information

Gallery with all our housing proposals to give you the best memories for a spectacular holiday. 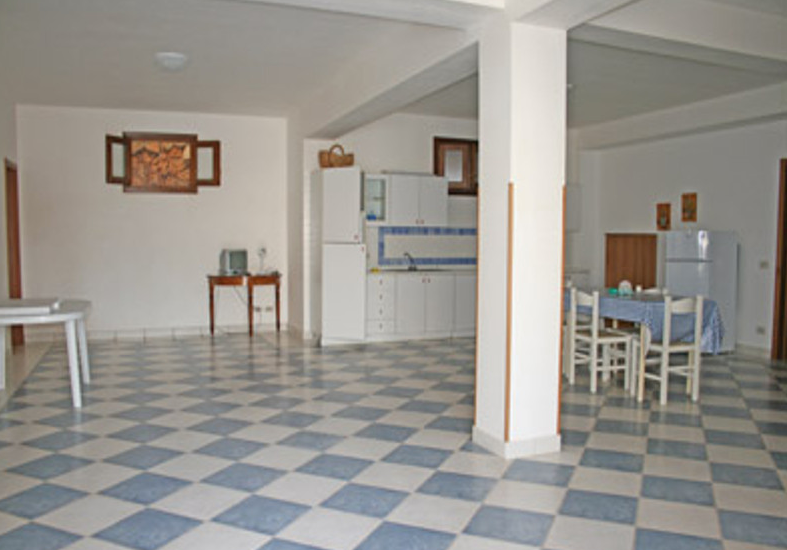 Large, airy, quiet, full of all comforts and above all near the sea, not even 400 meters from the sea. Parking space for two or three cars always available. The ideal place to spend the holidays maybe with your friends, in fact there are three double bedrooms where you can insert a single bed at your leisure. 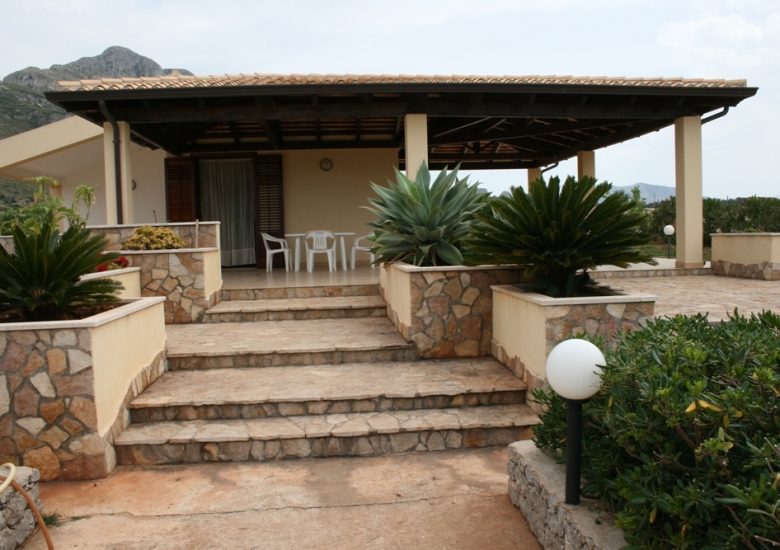 You can spend your summer days in the most absolute calm and tranquility of the outdoor veranda where you can also have meals.
And if the tranquility is not for you, there are several pub-lounge bars available 0,37 miles from the house open every day where you can have a lot of fun. 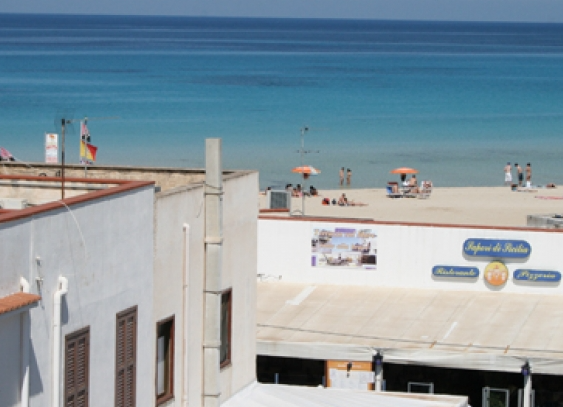 Located in the historic center of the village, 30 meters away. from the sea. On the first floor of a building from which, going up to the terrace, it is possible to observe all the wonderful beach of San Vito Lo Capo. Furnished with every comfort, an excellent choice to spend a wonderful holiday in a magical place. 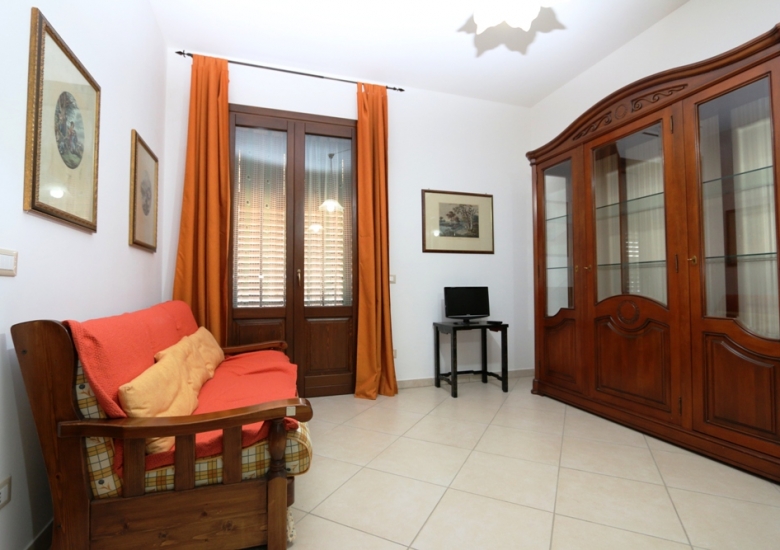 SLocated in a calm and quiet area, it will allow you to make the most of your holidays in San Vito Lo Capo, at about 600mt from the sea you can appreciate its beauty and enjoy the view from the terrace of the building. 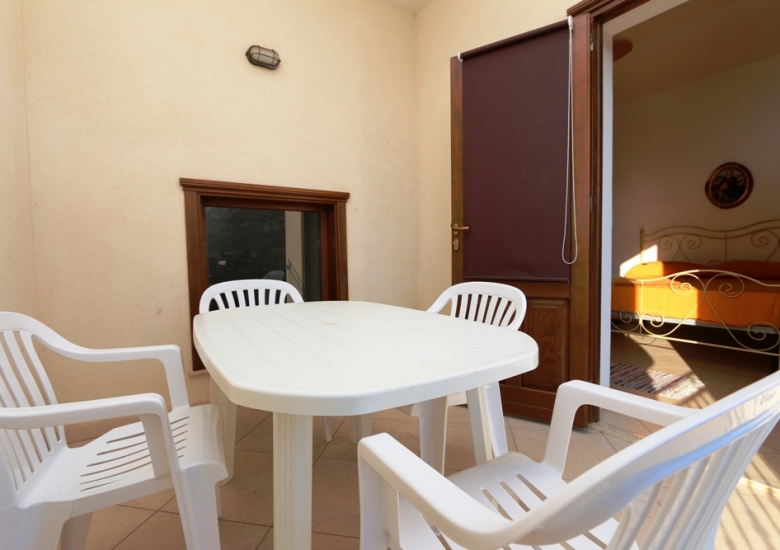 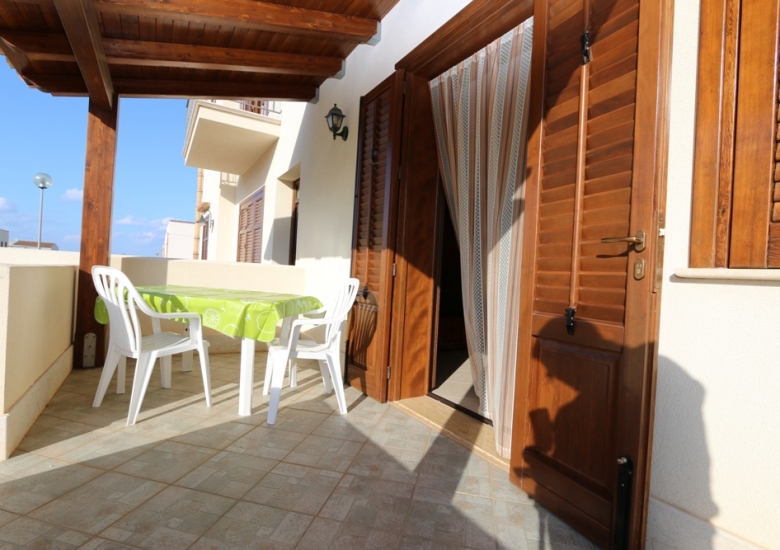 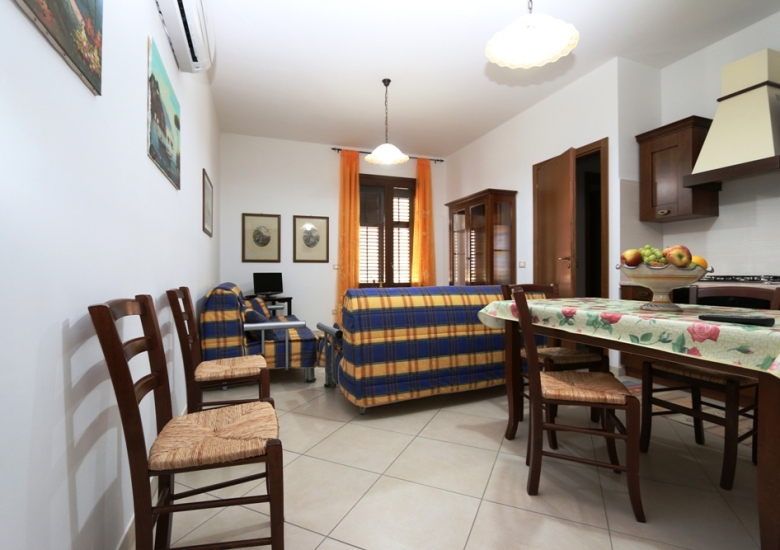 If you are wondering what to see in and around San Vito lo Capo, here is some useful information. The natural beauties of this part of Sicily are known but for those who come there for the first time they can serve some indications of the area and the most popular tourist destinations of the whole region, both by Italians and foreigners.

The church is located in the square of the same name which overlooks the historic center of San Vito Lo Capo. It is a structure that combines different styles and components from different historical periods.
Inside you can admire a beautiful marble statue of the saint from the 1500s and an imposing main altar. From the top of its tower, built in 1600, you can enjoy a spectacular view of the surrounding. 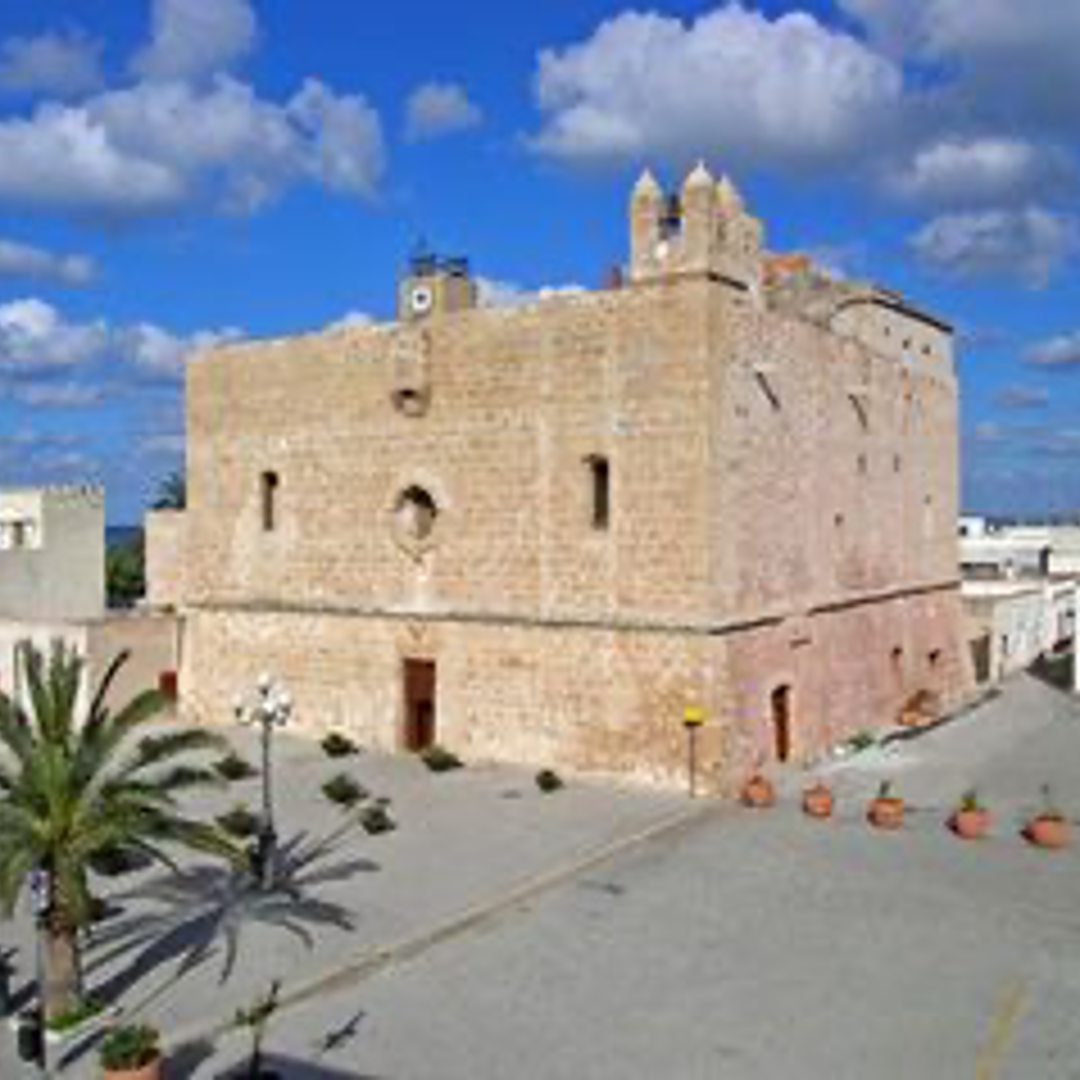 Segesta is one of the most important archaeological places in Trapani, where there is a majestic temple and a theater.
The Temple of Segesta, immersed in the countryside, has been beautifully preserved and offers a panoramic view of this incredible scenery.
The theater is located on Monte Barbaro, 0,25 miles above sea level. With a capacity of 4,000 spectators, in antiquity 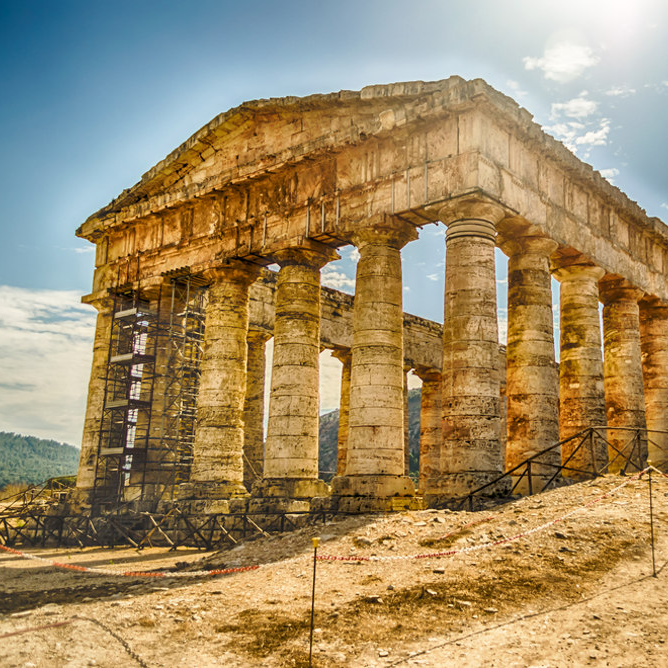 In Trapani, don't miss the salt route. It will take you along the salt marshes, from Trapani to Marsala. These represent one of the main places of interest in this location.
The view of the salt pans and ancient windmills (used to grind salt) reflected in the water is simply enchanting. 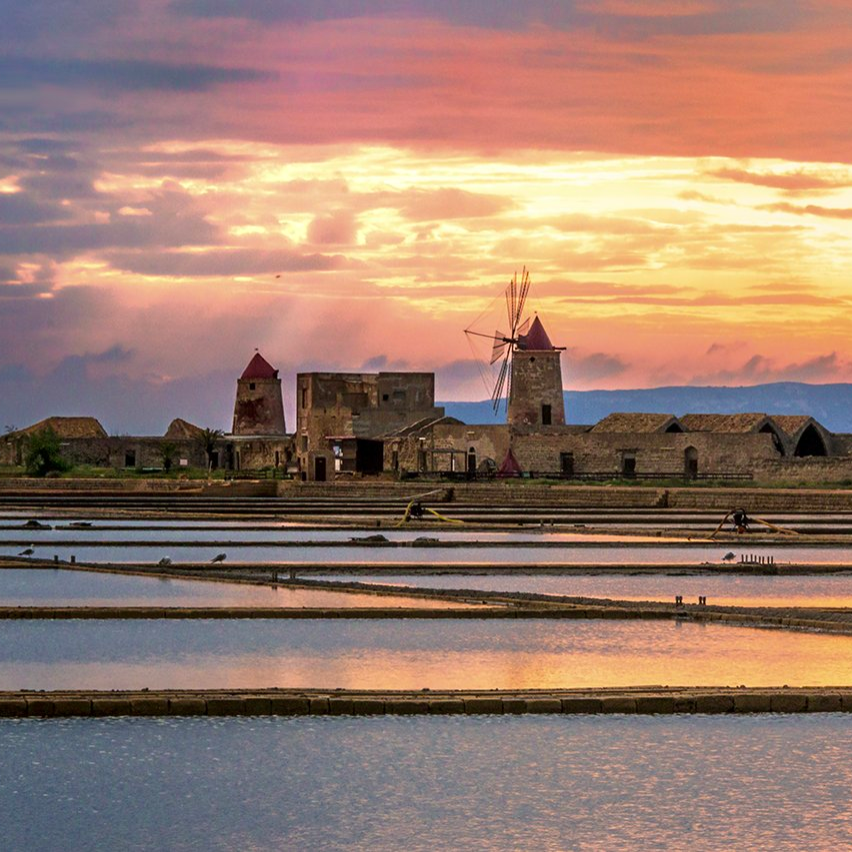 This medieval village is perched at over 0,50 miles above sea level, and offers a splendid view of Trapani, the Egadi Islands and San Vito Lo Capo. It can be reached by car or by cable car that connects Trapani to Erice, it is the best option if you want to enjoy a breathtaking scenery!
Once in Erice, I recommend following the signposted walk. It will allow you to visit all the places of interest in this country, without missing a single one. 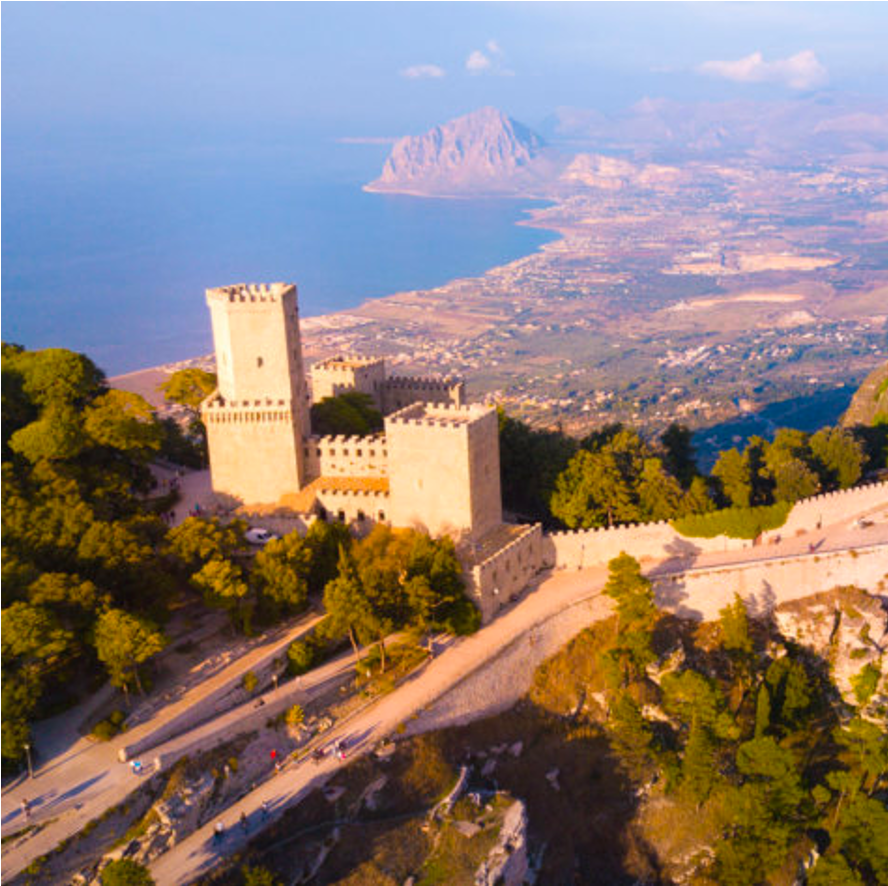 Scopello It seems that it was the last stop of Ulysses before returning to Ithaca.
A few kilometers from Trapani stands this wonderful seventeenth-century village, silent and sly in winter with its hundreds of inhabitants, lively and eclectic in summer, when its alleys are filled with people from all over the world! 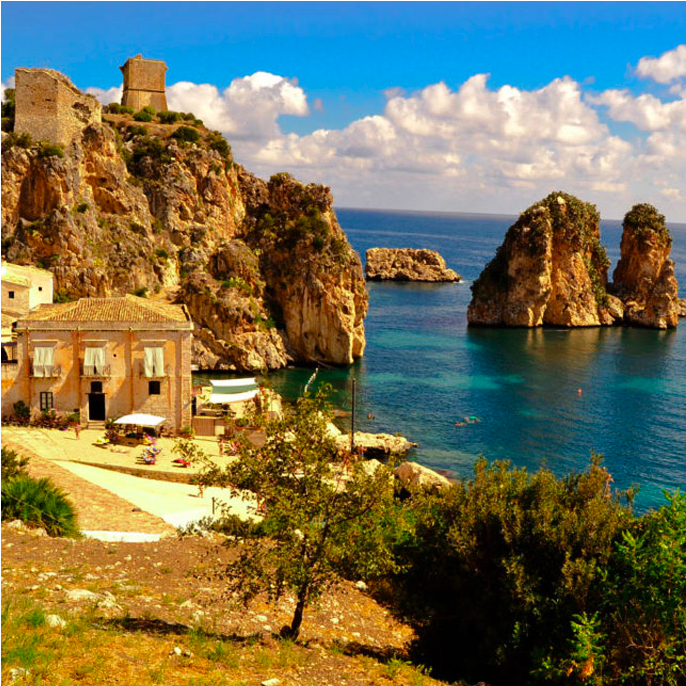 From San Vito Lo Capo you can reach the Zingaro Natural Reserve, a place where the luxuriant nature is the master and extends on the slopes of the coastal strip for about 7 km.
The vegetation is low, except for the dwarf palms, carob trees, ash trees, euphorbia, corks and mastic. There are several routes to visit it both for beginners and for the trekking professions 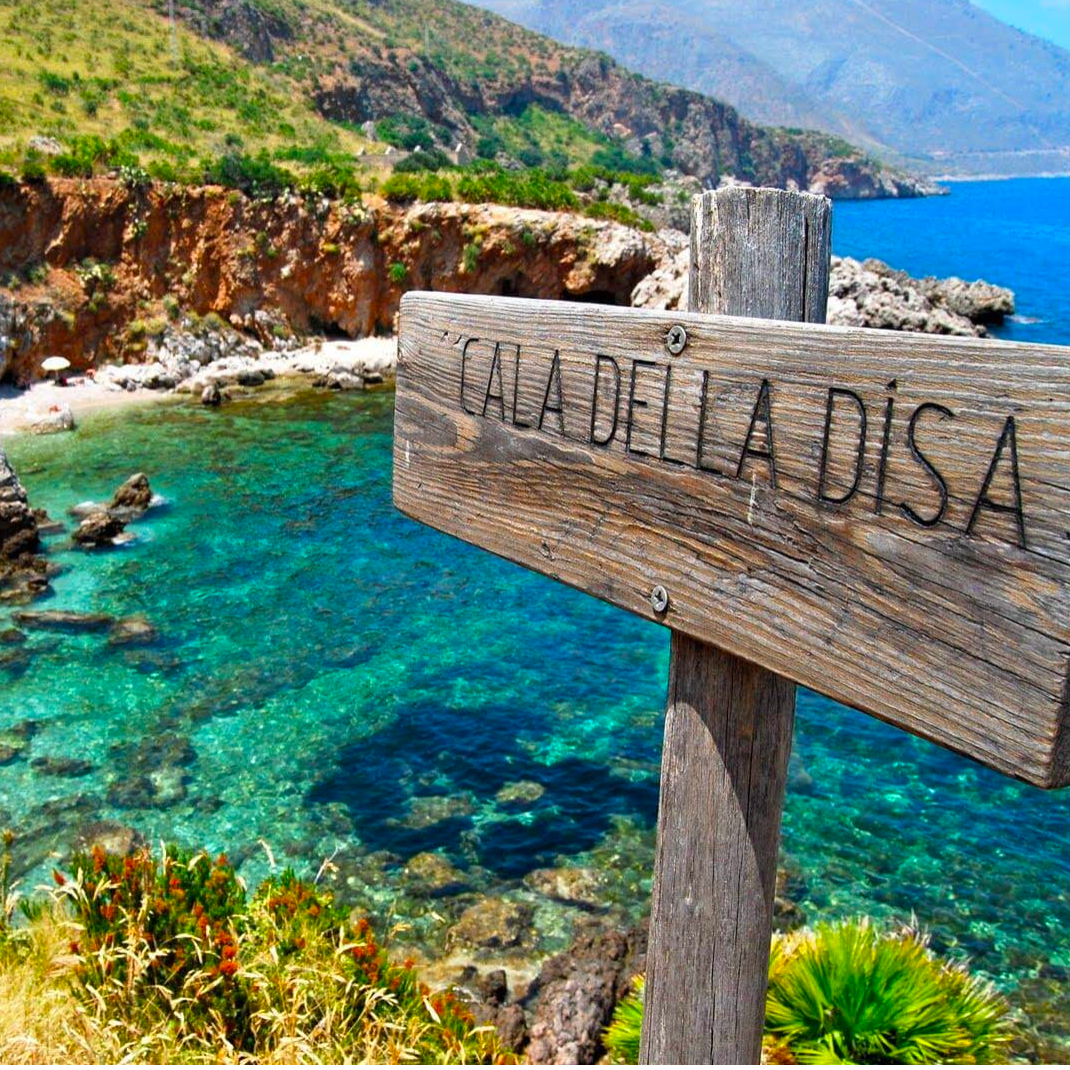 A complex of yellowish dry bricks burned by the sun that represents what remains of what was once the main activity of the inhabitants: tuna fishing.
The Tonnara ceased its activity in the distant 1969, however it still retains today a timeless charm. Inside bathing is allowed. 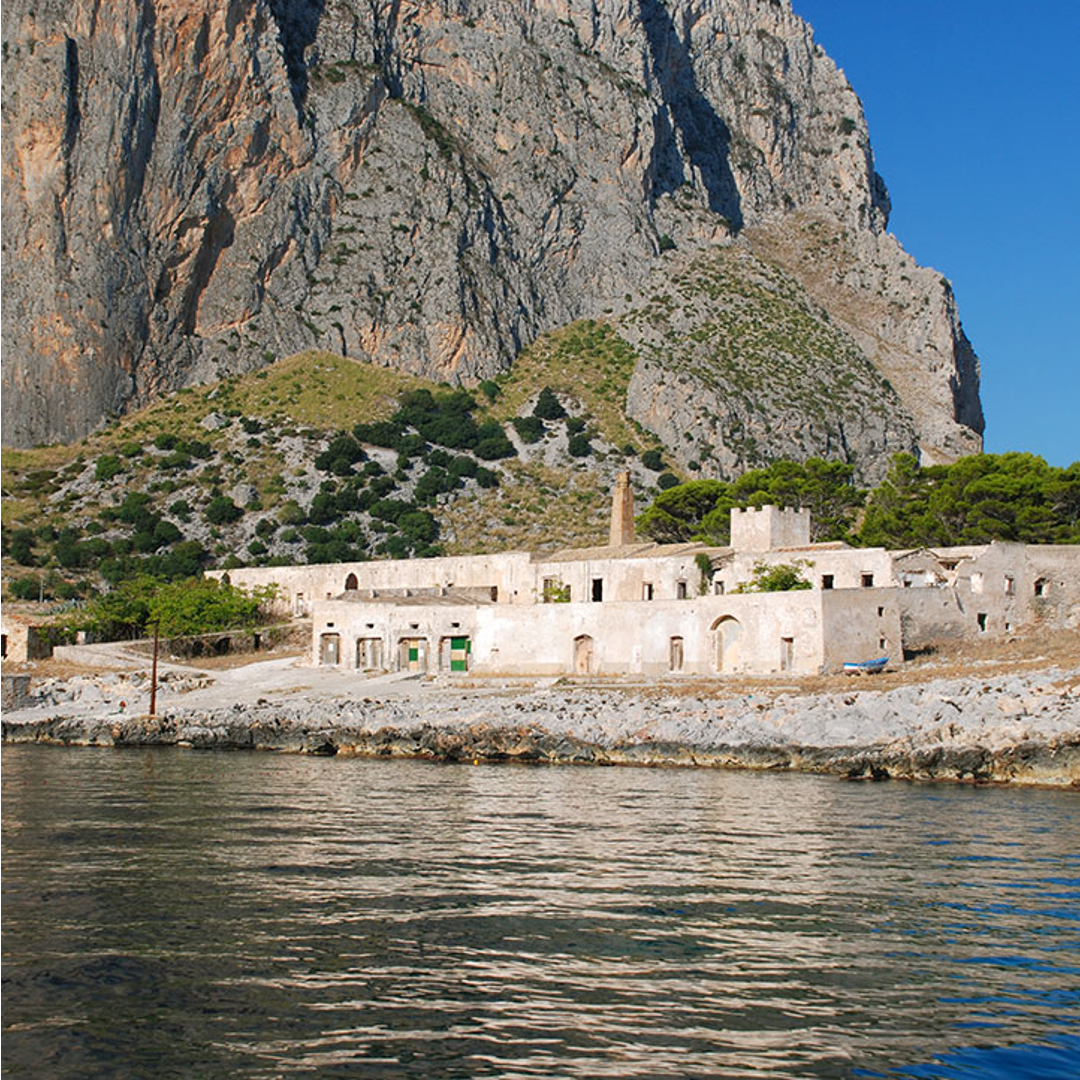 A small structure that is located throughout the entrance of San Vito lo Capo and originally was once Islamic, built by the Arabs in the thirteenth century.
Dedicated to San Vito nutrition, said to have died right there. The chapel welcomes tourists at the entrance of the town and one of the symbols of the Sicilian town. 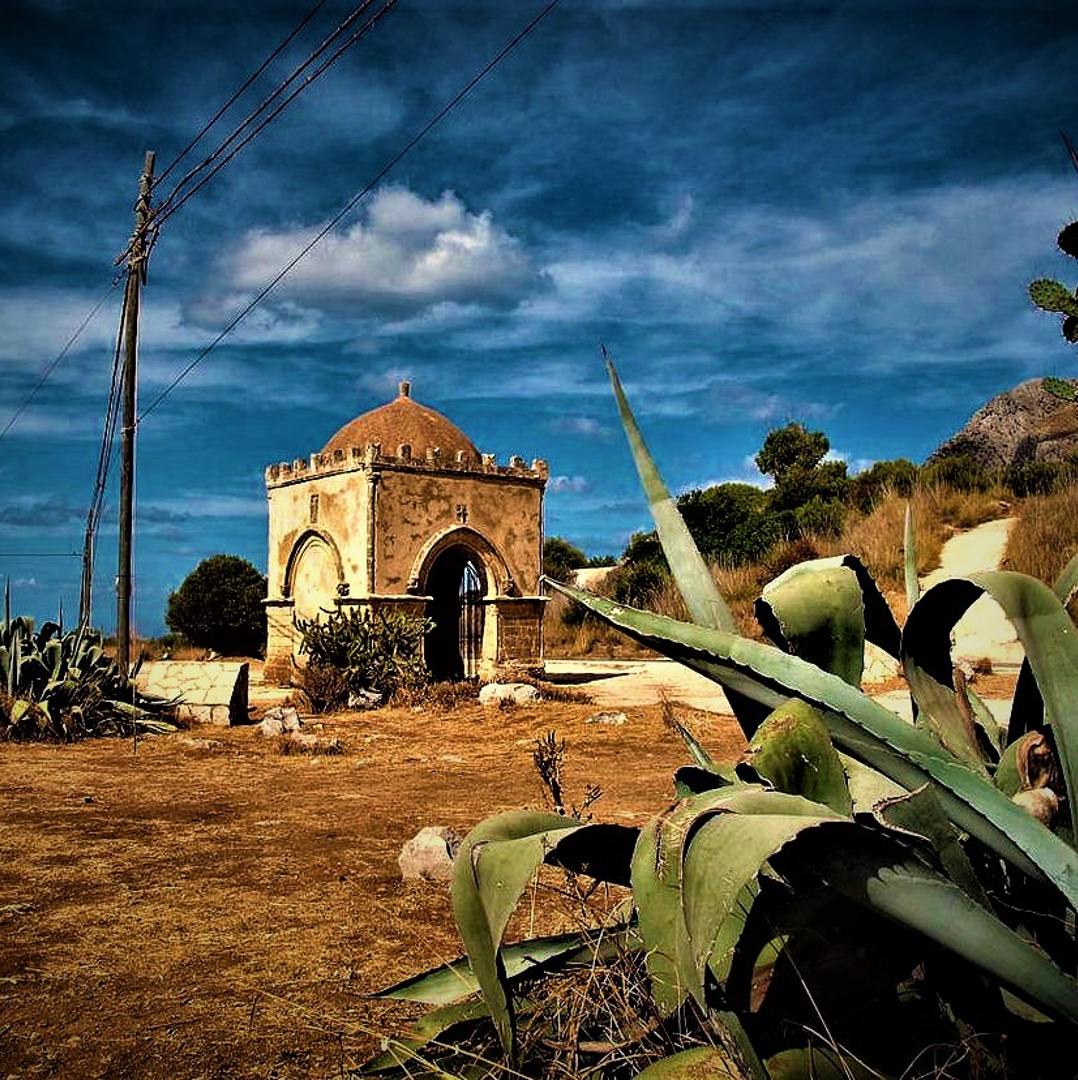 A long sea adorned with palm trees flanks the beach which turns into a relaxing walk in the evening.
The picture postcard that often portrays San Vito beach is the one with the background of Monte Monaco, a rocky massif that offers a skyline unmistakable.
On the opposite side, however, the coast of San Vito Lo Capo is characterized by its lighthouse which reaches a height of 40 meters at Capo San Vito. 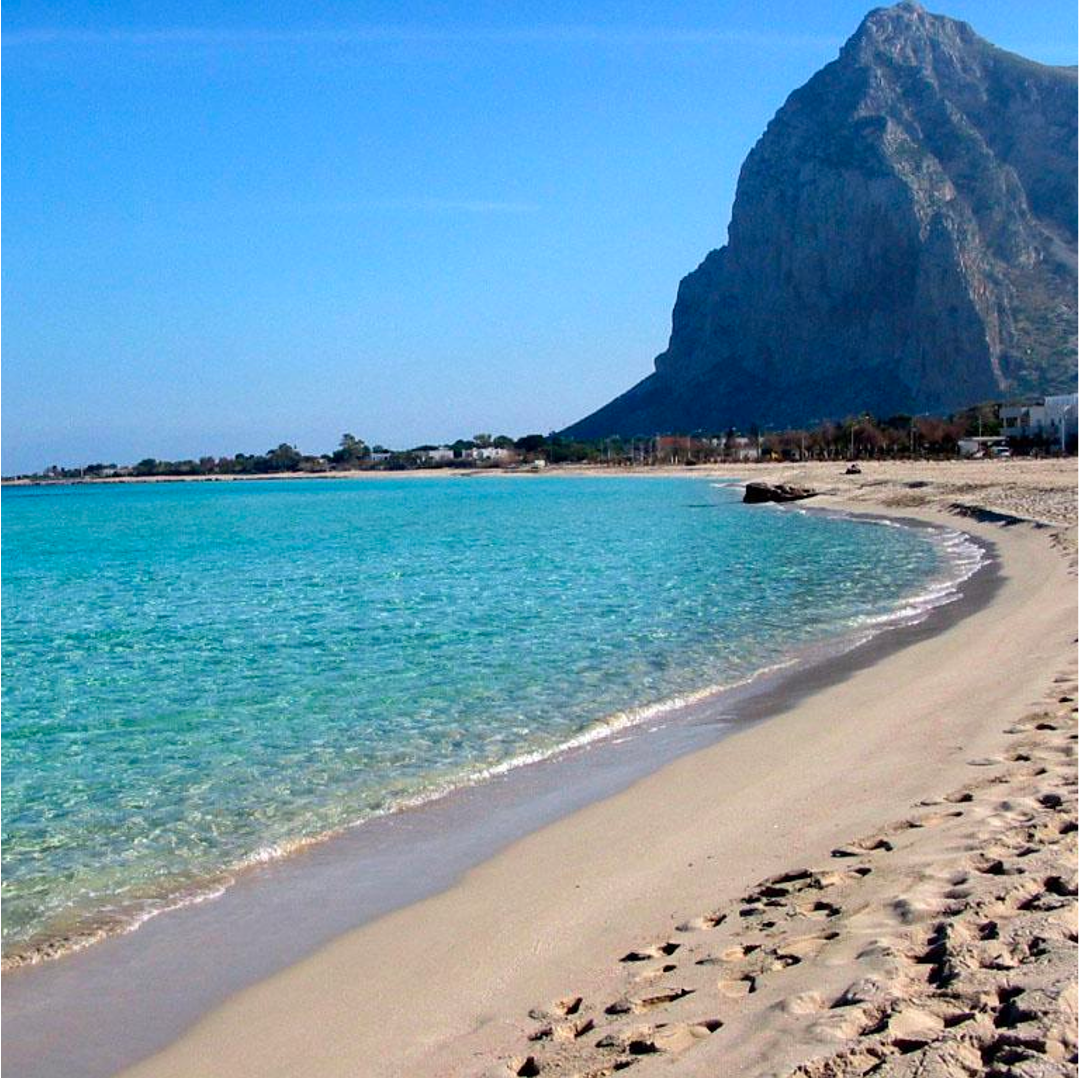